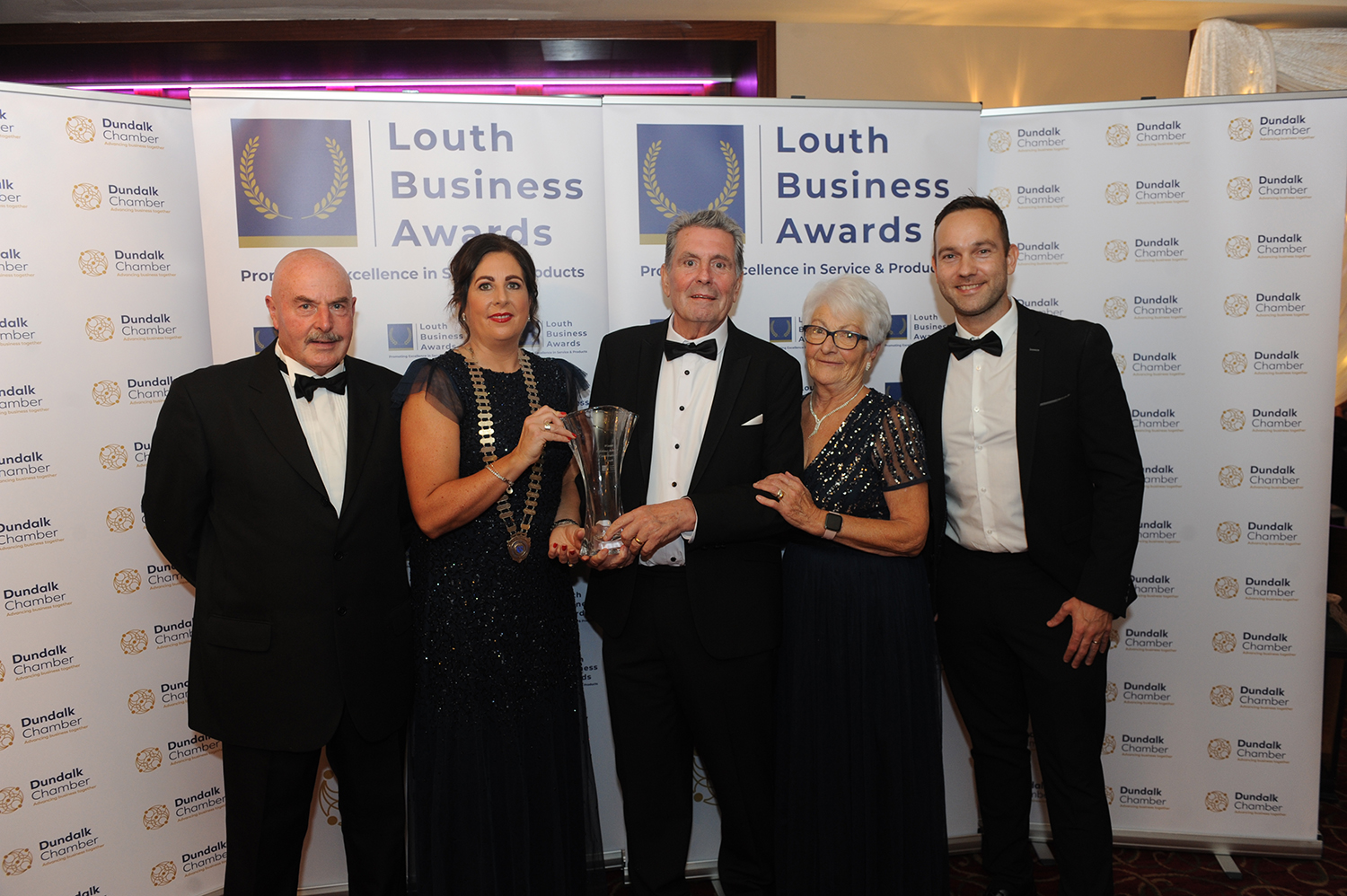 At the recent Dundalk Chamber awards night, our very own Managing Director was award with the lifetime achievement award and everyone here at Matthews.ie couldn’t be prouder.

Paddy spent his early years working on the continent driving lorries when a back injury resulted in him being laid off work.
Never one to sit idle Paddy started Matthews Coach Hire with his wife Mary in 1995, providing locals with a shopping bus, bingo bus and later operating as a school transport provider.

In 2005, Paddy seen the potential of the opening of the M1 corridor which resulted in the high frequency commuter service launching in Dundalk operating via Drogheda to Dublin Daily. In the years that followed Paddy seen similar potential in East Meath thus introducing the Bettystown – Laytown Service along with other services to UCD and IFSC gradually being added.

Paddy has worked hard throughout the years constantly adding value to the service and also extending his wings to the London Olympics resulting in Matthews.ie being part of the transport providers during the games in 2012.

Paddy is always on the look out for adding value to our service or extending our service to other stops which we know is always appreciated by our customers and also by his team of staff.
We here at Matthews.ie are delighted for Paddy to be recognised for his work and commitment to the local area of Dundalk and surrounding area with the commuter service.